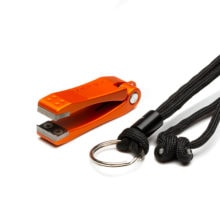 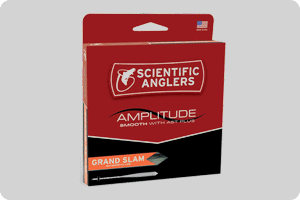 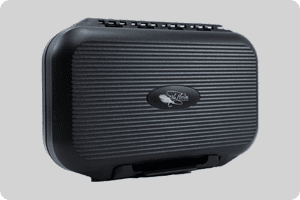 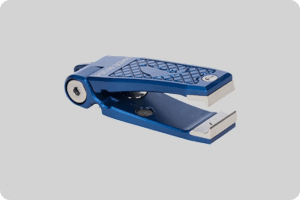 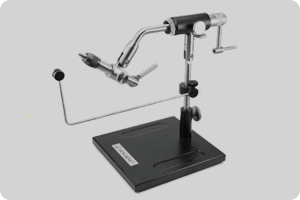 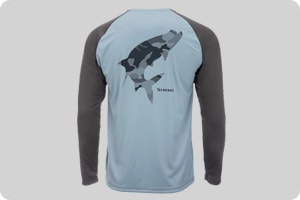 FFI certified casting instructor Gene Geppert was practicing a long quick cast with a weighted fly. A cast generally used during a permit encounter, but more specifically an Exmouth Indo-Pacific permit – as there you usually have to make a longer cast. They don’t use skiffs in Exmouth and you usually can’t get anywhere near as close to the fish as you can in Florida or the Caribbean.

When it comes to a casting outfit his most important factors are speed (of the cast, the fly needs to get to the fish quickly), distance and control. He has been using and enjoying the Scientific Anglers Amplitude Smooth Grand Slam.

This makes sense – the grain weights are very close between the two lines but the Infinity Salt is a hair lighter in the first 30′ and has a longer head, which gives it more stability throughout the cast.

While I’ve always loved the Grand Slam taper as an all-around taper for everything from snook to bonefish to tarpon, I’m switching over to the Infinity Salt, I like the way it loads and the improved control can be an asset in a variety of situations. I’ll reserve the Grand Slam for big bug short, quick shot scenarios – such as bass froggin’ or big poppers for jacks.

If you’re deciding between these two lines keep these 3 things in mind: rod, casting experience and again how/where you’ll be using it.

Rod:
What Gene doesn’t mention in the video is that he’s under-lining. He’s using the WF8F Infinity Salt and WF8F Grand Slam on a 9wt Sage X.

Although mid-tip down it has plenty of power, the Sage X has a softer tip than most saltwater rods. It does best with a truer line weight and can easily be overpowered with a heavy line. So the WF8F of these two lines work much better on the 9wt than the WF9F lines which will dampen the rod’s action.

I do the same thing with this rod and with the Lamson Standard Seat rod which is also much better suited to a truer line weight.

Stiffer tipped rods designed for higher line speed like the Sage Igniter, Salt HD, Scott Sector or G.Loomis NRX+ benefit from the heavier line and should be matched up line to rod. WF8F with an 8wt, WF9F with a 9wt and so on.

So to the experienced/above average caster both lines are going load like a heavy line, they’re both going to load super easy once the head is out.

But to a beginner or average caster the Grand Slam is going to load quicker with less line out. Making it an easier line to cast from the start where the Infinity might be a little more difficult for them to get the full head out and loaded.

Getting the fly out to the fish is the most important thing for a beginner to master. Having the fly in the vicinity more often than not will allow the beginner to start catching fish. Once that’s mastered the caster can start benefiting from things such as more control and stability to catch the fish that are being more stubborn or weary.

How/Where You’ll be Using It:
As I said earlier – my one line to cover everything I do with a floating line on a normal basis – oceanside flats, backcountry flats and backcountry mangrove shorelines (a variety of environments most Florida anglers get to enjoy) – was the Amplitude Smooth Grand Slam for a long time. It loads quick, shoots easy, carries heavy flies and punches wind. It’s still a great all-around line. But I’ve now switched to the Infinity Salt. It does all of the above well. It shoots quick and easy to cruising fish, it picks up well and lays out under mangroves nicely. The kicker is that it provides more control when fishing tailing fish where the presentation has to be above all else – softer and more accurate.

Again the Grand Slam will load quicker and be a little easier to dump out there with bigger flies because of its shorter head. It’s my big popper and bass line now.

Where/how do you fish? Do you get to fish where you can encounter a number of different situations on any given day like the flats here in South Florida? Where the Infinity Salt offers best of all worlds.

Or do you fish somewhere where getting big flies out of the boat or out of your hand quickly is the most important thing, such as Louisiana. Where the Grand Slam reigns superior.

Do you fish peacock bass, or need a line for permit on channel edges where again short and quick is most important? Grand Slam.

In conclusion they’re both great lines and they’ll both do everything discussed here well. But since you have the option to choose between the two you should know the differences and be able to chose the one that’s slightly better suited for your rod, casting ability and fishing environment.

Check Out the Lines